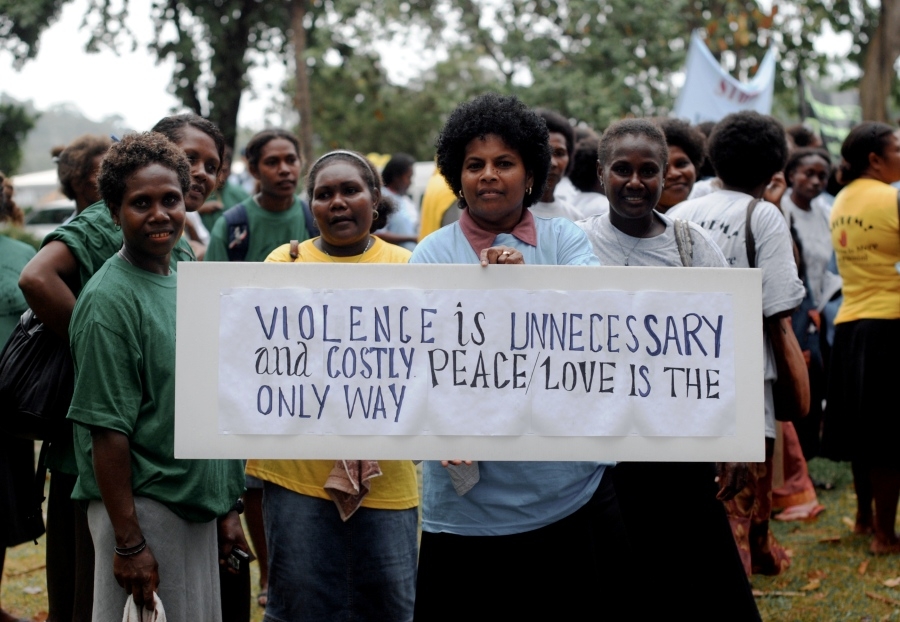 Borys Wrzesnewskyj, Member of Parliament for Etobicoke Centre, recently introduced a Private Members’ Motion (M-163) seeking to establish an Ambassador for Women, Peace, and Security. This concept of women, peace, and security has been advanced by the international community since 2000 (PDF), but it seems Canada is starting to take it more seriously, with a newly updated National Action Plan and “theory of change”.

Canada’s approach has received mixed reviews from both the media and some civil society groups. That gender inequality is intimately linked to and exacerbates armed conflict is clear. The importance of women to building peace can’t be overstated. For instance, the full and active inclusion of women during negotiations significantly increases the chances of reaching lasting peace agreements.1 Quakers might be dubious about some types of inclusion of women though – like the notion that to achieve a more secure or peaceful world we need more women serving in the military. CFSC would suggest that new approaches to peacebuilding are needed, not just greater involvement by women in the same generally unsuccessful and often deeply harmful approaches. One under-used option is unarmed civilian protection. Groups that Quakers and others have been very involved with, such as Christian Peacemaker Teams, Peace Brigades International, and Nonviolent Peaceforce, have long achieved very high levels of leadership by women in direct protection of women, girls, men, and boys. Some female Friends have also expressed to me their discomfort with being held up as needing special protection when men and boys are also victims of violence (including sexual violence) and when there are many other reasons to want to stop wars.

There is one particularly positive element of M-163 that is worth highlighting. I welcome that the motion acknowledges “Canada’s own challenges, including gender-based violence and underlying gender inequality” and the need to “develop a framework to implement the Women, Peace and Security agenda domestically.” This fits well with CFSC’s belief that peace must be built everywhere, not just in countries coming out of recent wars. Too often we in relatively rich and stable places think of peacebuilding as something that just needs to happen elsewhere.

What specifically is the motion proposing?

According to the motion, the Ambassador for Women, Peace, and Security will:

If that’s not fully clear to you, you’re not alone. Of course, what’s proposed in the motion may not be the final mandate if this Ambassador position is created.

What’s an Ambassador and what can they do?

There are three types of Ambassadors. Most often Ambassadors are based outside of Canada, either as Ambassadors to a specific country, or representing Canada at the UN on a specific issue. This position would be an uncommon third type – a functional Ambassador, based in Ottawa. If created, the Women, Peace and Security Ambassador should have three general roles:

These three directly complement each other. Ideally they’d help to create coherence. For instance, Canadian policies would be better informed by international discussions and laws, as well as by grassroots peace concerns in Canada. The details of this position are extremely important though. Each of these three key roles must be formalized, and adequately funded. The Ambassador for Women, Peace, and Security needs a small staff team as well as the ability to draw on Global Affairs staff, so as to have access to the best available government knowledge and expertise.

The Ambassador also needs certain powers like the right to go directly to relevant Ministers if necessary. Though this would not be used often, it would be important in meaning that information and recommendations could not be blocked from reaching decision makers.

If created, these and other details will determine the extent to which the Ambassador for Women, Peace, and Security can have a meaningful impact. Of course one of the biggest questions is who would be chosen – a career Foreign Service Officer or an outsider? What would their personal priorities be? What specifically would they be accountable for, and how will they report (reporting to Parliament would be best)? Another big factor, and one most of us might not think of, is how much the government signals they are behind the person (for instance by giving them an office in a powerful location, or not).

CFSC staff and members had met with Borys Wrzesnewskyj in the past due to his interest in establishing a Ministry of Peace. In a best case scenario this Ambassador would be an easier to achieve first step in that direction, perhaps part of an “incremental approach” to changing Canada’s orientation away from militaristic responses and toward more creative and successful peacebuilding ones. Even in this best case scenario, we will still need to continue to actively engage. Respectful and persistent pressure from faith communities and other groups would remain important in encouraging the Ambassador for Women, Peace, and Security to work for true peace. As we know, there will always be many pressures pushing in the opposite direction!

CFSC will continue to watch this issue closely as it unfolds, and to support the Canadian Peace Initiative’s calls for a full Department or Ministry of Peace.