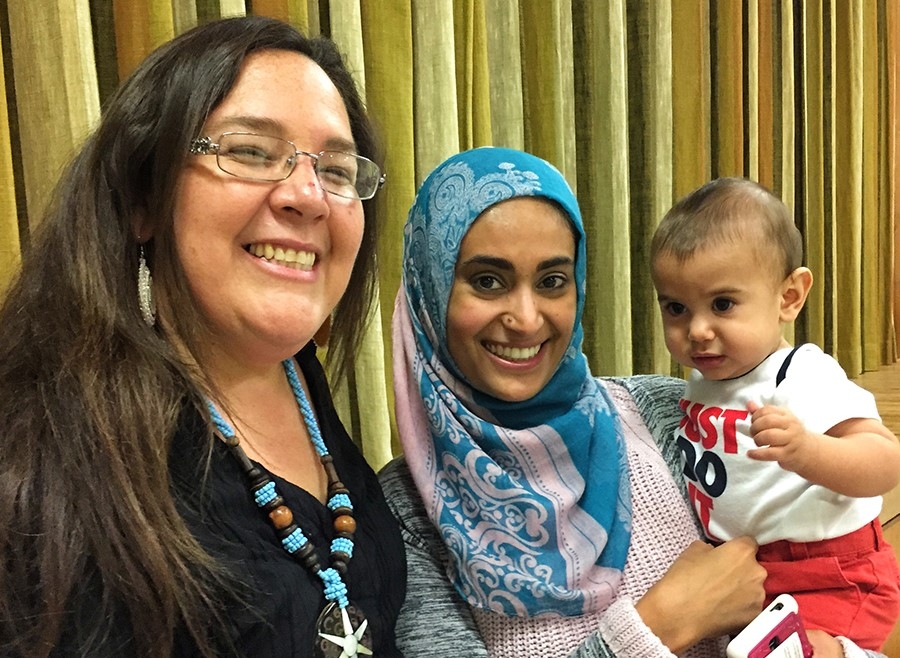 The federal government stated on May 10th, 2016 that Canada was “now a full supporter, without qualification” of the Declaration and reaffirmed its commitment to adopt and implement the Declaration. However, the government has not been explicit about how it will do so. Attempting to advance this conversation, CFSC staff person Jennifer Preston has met with representatives of federal cabinet, Minister of Indigenous and Northern Affairs Carolyn Bennett and Minister of Environment and Climate Change Catherine McKenna. Inexplicably, Justice Minister Jody Wilson-Raybould has called the adoption of the Declaration into Canadian law “unworkable” although she reiterated that the government supports all articles of the Declaration “without reservation”. Meanwhile, Member of Parliament Romeo Saganash has introduced private members’ Bill C-262, with draft legislation to implement the Declaration. It has been endorsed by many Indigenous organizations and individuals, including former TRC chair Senator Murray Sinclair. CFSC has joined with partners in endorsing Bill C-262 as well.

While working for the adoption of legislation to implement the Declaration into domestic law, Canadian Quakers have also looked for other ways to use it as the “framework for reconciliation”. At Canadian Yearly Meeting sessions in August 2016, CFSC facilitated Friends’ adoption of a new minute on reconciliation. The minute commits Friends to specific actions to take our Indigenous rights work to the next level (for the full list of actions visit http://quakerservice.ca/reconciliation).

Across the country, associate members of CFSC have written to us about the work Friends are doing locally to put our reconciliation commitments into action. The following are a few examples.

On November 1st, 2016, CFSC was pleased to support Don Alexander in a reconciliation event in St. Catharines, Ontario, Weaving a Story of Indigenous Hope. The event was arranged in cooperation with a refugee settlement sponsorship group of Muslims, Mennonites, and Quakers. Two regional Indigenous presenters from the Haudenosaunee Confederacy, Karl Dockstader and Kelly Fran Davis, spoke to an audience of 125 people from the Niagara region.

Rachel Singleton-Polster and Penni Burrell spoke at the Atlantic Friends Gathering about ways settlers can work on implementing the TRC Calls to Action and an Elder, Joe Michael, shared his experiences and a sacred circle and fire. Penni has also been working in collaboration with settlers and a circle of Indigenous Elders on developing a Mi’kma’ki version of the KAIROS Blanket Exercise (http://kairosblanketexercise.org).

Elaine Bishop reported on how the Pay the Rent concept from Australia, where settlers voluntarily pay rent to Indigenous Peoples, has been adapted in Manitoba, based on the reflections of Elders. The project is called Share the Gifts: Honour the Treaties. To educate about treaties, Winnipeg Meeting is working with local Mennonites to plan a settlers’ treaty celebration of Treaty 1 later this year. Elaine also spoke last year at a regional gathering of Christian churches about how white settlers need to challenge their white privilege as an important contribution to reconciliation.

From Edmonton, Linda Kreitzer, tells us the undergraduate course she teaches to social work students at the University of Calgary, which is on the topic of international Indigenous issues, has a full house and active participation every time it is offered.

Monica Walters-Field of Toronto Monthly Meeting remains strongly connected to the Ojibway community on Christian Island, Ontario, where a local Pow Wow celebrated its 10th anniversary this past summer. CFSC provided seed funds for this Pow Wow in its early years. The Pow Wow and other activities nurture traditional teachings in the community.

Vancouver Island Monthly Meeting formed a Reconciliation Working Group to investigate and recommend specific actions for the Meeting to take.

Yonge Street Half Yearly Meeting’s Fall gathering was enriched by a presentation from Elizabeth Doxtater from Six Nations. Speaking truth with humour, love, and strength, she took Friends through her People’s story of the Peacemaker. The story was illustrated by photos of corn husk sculptures Elizabeth creates. The Peacemaker story gave Friends much to ponder in the discernment of implementing the Calls to Action.

We encourage all Meetings and Friends in CYM to take up the challenge of the minute on reconciliation. We will be releasing a second reconciliation resource kit next month. Let us know what you are doing! CFSC looks forward to giving a full report of the work done over the year in our annual report to CYM.

Rob Hughes is a member of Vancouver Monthly Meeting and the Clerk of CFSC’s Indigenous Rights committee.