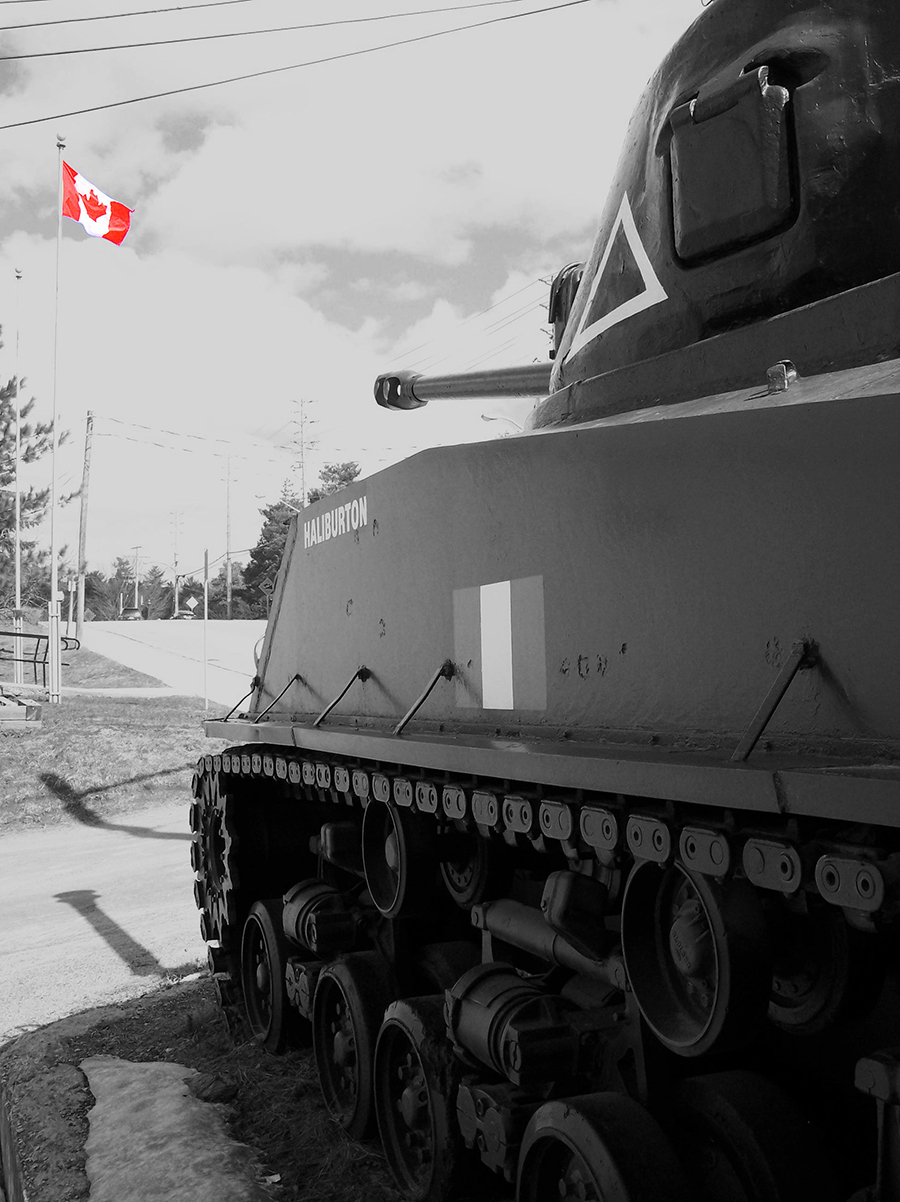 National identity is a meaningful and important set of beliefs for many people. It guides their feelings about where they come from and what that means. For most Canadians, it is part of a sense of national identity to come from a peaceful and progressive nation, one with a good standing in the world. Canada, in this popular view, is a force for good, a constructive contributor and champion of equality and human rights, as distinguished from other more militaristic nations. Certainly there are many positive contributions that Canada has made on the world stage. For example the Canadian Charter of Rights and Freedoms has been called “the constitutional document most emulated by other nationș”.1 Its detractors notwithstanding, the Charter is extremely popular in Canada and is felt to protect human rights2, one key to building a peaceful society. The unfortunate part about fixed national identities, though, is that they make it easy and inviting to ignore evidence to the contrary, and they tend not to change, even as a country’s actions do.

At Representative Meeting in November, Quakers from across Canada made a strong statement that strikes at the core of the mythology of Canada’s present role as a champion of world peace. A minute approved at the meeting reads, “We note with sadness that arms sales are an increasingly lucrative industry for Canada, which has become the second largest supplier of arms to the Middle East…Canada is arming countries that make a regular practice of violating basic human rights and human dignity.” Saudi Arabia and Israel are offered as two examples. In closing, the minute notes:

“As long as some can profit from producing and selling the weapons of war, they blindly seek to do so, regardless of the consequences… The legacy left by tools developed here in Canada is destruction of communities, of the natural world of which we are a part, and production of increasing instability and hopelessness. Today’s violence lies at the roots of violence in the future. This must end. We cannot stand by and do nothing, and we do not put our faith in Canadian weapons bringing peace.

”We call on Canada not to sell arms to countries that may use these arms in violation of international law or to repress civilian populations. We call on Canada to sign and ratify the United Nations Arms Trade Treaty without further delay, and to share information about its involvement in the international arms trade in a thorough, timely, and transparent manner. As Friends, we hope Canada’s role can move from a backer of wars to a supporter of creative non-military actions to transform conflicts and build peace.”3

CFSC is supportive of this minute because we believe that Canada can do much better to earn its famed reputation. People of conscience, people who care about peace and want to come from a country that positively contributes toward peace, have work to do!

Whose job is peace?

It’s noteworthy that the mandate letters sent by the Prime Minister to the Ministers of Defense, Public Safety, International Development, and Foreign Affairs all have references to peace. This is encouraging, but who is coordinating and leading these peace efforts?

Imagine if Canada’s military responses were not centralized in the Department of National Defence, but instead divided across various branches of government, each busy with other priorities. It’s fair to assume that military responses would be less coordinated, less prepared for timely deployment, and ultimately, less effective. We see this very thing happening with peace thinking and peace actions.

Peaceful approaches to transforming conflicts before they explode into large scale violence are often ignored. When attempted at all, they are engaged in too late or too half-heartedly to make the type of impact they could make. We believe that peaceful responses to world conflicts will always be fragmented until they are given real priority. One major issue is that there’s no government body championing peace actions and seeing that government decisions are made with consideration to how they’ll contribute to peace.

We believe one logical and cost effective way to bring peace to the forefront of government decisions would be to create a federal Department of Peace. This advocate and coordinator of peace efforts could lead to major positive changes in Canada’s contributions to a more peaceful and just world.

Matthew Legge has two part-time jobs for CFSC, and wrote this in his role as Peace Program Coordinator.