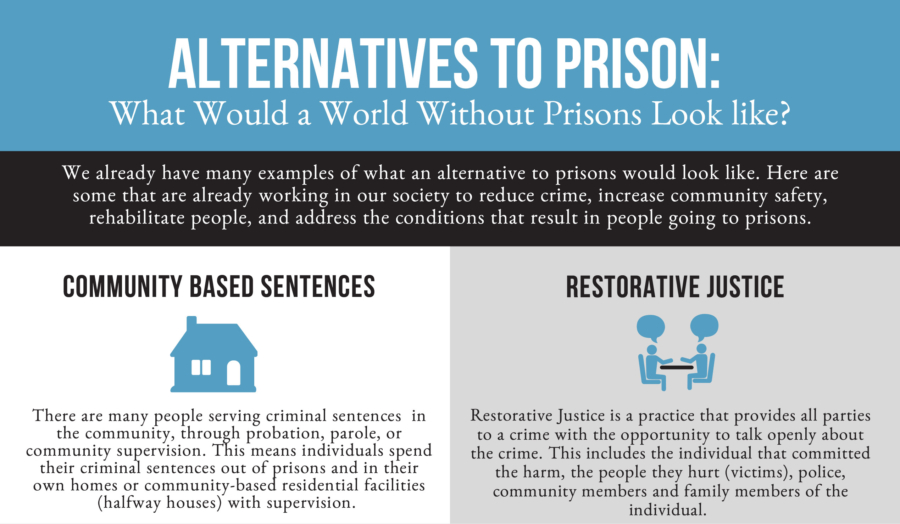 What do you believe? can be a challenging question for an unprogrammed Quaker like me, but the minutes of our business meetings contain collective wisdom, innovation, Spirit, and Light that might provide some answers. Reading one of those minutes nearly a decade ago helped lead me to membership in the Religious Society of Friends: Minute 93 of the 1981 Canadian Yearly Meeting, also known as “the minute on prison abolition.”

The fact that Canadian Quakers could approve such a far-reaching, self-aware, radical, yet deeply loving statement made me want to know more about Friends’ ways. As we arrive at its 40th anniversary, I’d like to take the opportunity to revisit this remarkable piece of collaborative writing that made Canadian Yearly Meeting “the first religious body to call for the abolishment of prison,” and which lies at the heart of CFSC’s criminal justice work.

The minute begins by situating us within the history of Quaker responses to crime.

“Friends, partly through their own experiences in the prisons of the seventeenth century, became concerned about the treatment of the accused or convicted. Friends witnessed to their concern for the Divine Spirit in humans by seeing prisons as an alternative to corporal or capital punishment. Subsequently, they worked for reform of these prisons.”

This gives us a long view of the development of the Quaker understanding of criminal justice, the enormous influence it had on the world, and the unforeseen problems it contained. Quakers were among the first to promote the idea that incarceration was preferable to physical torture or death and believed that punishment and penance for crime could be accomplished via contemplation.

Many early penitentiaries enforced both isolation and silence, setting up the disastrous and inhumane conditions of the modern prison. Many Friends then recognized that their original theories of incarceration were being used as methods of torture, and so set about attempting to reform the prisons they had helped create. This work brought us to the late 20th century and the moment Canadian Friends began to realize that their efforts at prison reform were no longer feasible.

“Today, Friends are becoming aware that prisons are a destructive and expensive failure as a response to crime. We are, therefore, turning our efforts to reform prisons to efforts to replace them with non-punitive, life-affirming, and reconciling responses.”

For the 1981 Canadian Yearly Meeting in session, the abolition of prisons was the logical next step in the long progression of Quaker thought. They not only recognized the need to physically dismantle an evil system, but also saw that they would have to rewire our responses to crime, removing the impulse to punish and replacing it with ways to reconcile.

“The prison system is both a cause and a result of violence and social injustice. Throughout history, the majority of prisoners have been the powerless and the oppressed. We are increasingly clear that the imprisonment of human beings, like their enslavement, is inherently immoral and is as destructive to the cagers as the caged.”

Statistics continue to bear this out—it is no coincidence that most prisoners currently in jail in Canada are “the powerless and the oppressed.”

This paragraph also makes an evocative allusion to Quaker history—Quakers of the 18th century were led to look clearly at their sins and begin to work for the abolition of slavery. The concern for the spiritual wellbeing of those who run prisons echoes the work of past Friends like Benjamin Lay and John Woolman, who warned their fellow Quakers of the evil and soul-destroying nature of slaveholding. Friends here are reminding us that once we understand that something is wrong, we need to do something about it.

“The challenge before us is to use alternatives based on economic and social justice and on the fulfillment of human needs. Some alternatives to prisons have already been developed and more are needed to bring about reconciliation and healing within the community. Friends need to seek out, develop, and support such programs. At the same time, we need to foster awareness in ourselves and others of the roots of crime and violence in society to ensure that our lives do not unintentionally reinforce these evils.”

Here Friends make the case that prison abolition is a “world building” project and connected to the construction of the other great social and economic justice struggles of our time. We are encouraged to both generate our own programs to make abolition a reality, and to support those of others. We are also reminded that the roots of crime and violence are injustice, and that injustice may be perpetuated in our own lives and ways of being.

“Prison abolition is both a process and a long-term goal. In the interim, there is a great need for Friends to reach out to and to support all those affected: guards, prisoners, victims, and families.”

Abolition is not just a theory but is made instead of concrete actions we must take every day. I hear echoes of George Fox’s assertion that Christianity is “not a notion but a way.” Again, the assertion is that abolition is more than a political movement, it is a process of community healing and personal reconciliation.

“We recognize a need for restraint of those few who are exhibiting dangerous behaviour. The kind of restraint used and the help offered during this time must reflect our concern for that of God in every person.”

What seems like an afterthought or concession—that we will still need to use restraint on some people—turns out to be the most radical statement of the minute.

“The challenge before us is to use alternatives… based on the fulfillment of human needs.”

Such a separation must be in an environment completely different from our prisons, which are incubators of violence.” Building this environment will depend on the structures of support and care we create in our communities and the accountability we build into our relationships with one another.

There is so much more wisdom and inspiration to be found in our Prison Abolition minute than I have space for here. I encourage readers to spend some time with the text (PDF) and to be open to what it says to us today.

If the minute shows us progressing from building prisons to reforming them and then working for their abolition, what might be next?

I personally find direction in the work of many social movements for racial and economic justice, including Justice for Black Lives Winnipeg in my hometown. This group seeks to get the funding that currently goes to policing shifted to investments in communities, seeing the abolition of police as the best path to the abolition of prisons and the establishment of true reconciliation and peace. As Canadian Friends, finding and supporting these new expressions of abolition may connect us to the work of our elders and ancestors, and to the communities most affected by the criminal justice system.

I’m grateful that 40 years after it was approved, CYM minute 1981.08.93 abides in the work of the Canadian Friends Service Committee, and continues to provide me with one answer to the query, “What do you believe?”