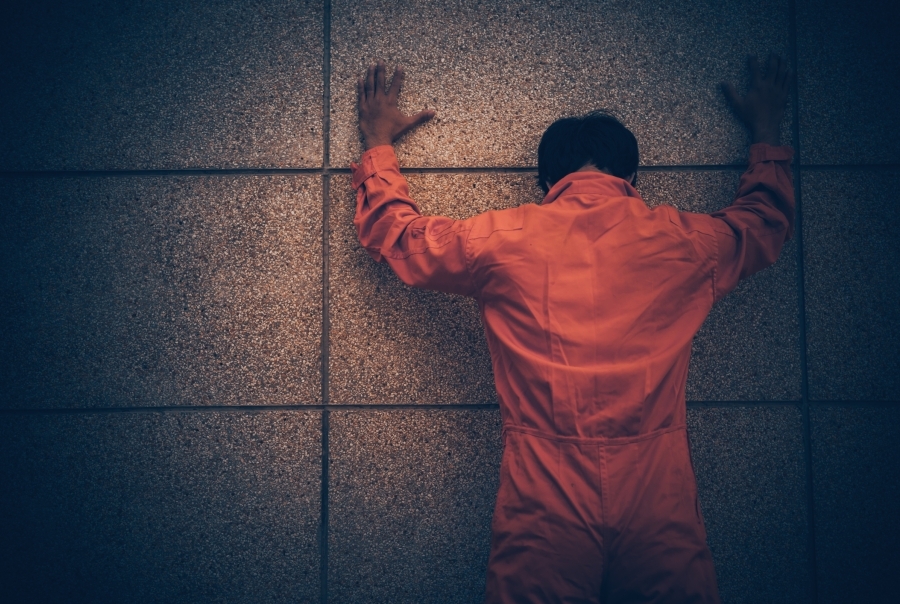 Imagine being put on the street in the winter wearing a t-shirt and shorts or wearing a jumpsuit, with flip flops on your feet. People are watching you. You don’t have your ID and you have no family or friends to pick you up. Your valuables are back at the jail, and it’s now late afternoon. You won’t be able to get your stuff today, because the jail is far away. What are you going to do to survive? If you have mental health issues, how many days can you go without the medications that help your anxiety or your depression? How will you pay for food tonight, and a place to stay? How will you get back to the jail to pick up your things?

In Canada, over 50% of people in custody have not been convicted, and are on remand awaiting trial.1 Many of those people are brought to court for a judge to order their release. They travel long distances from the jails or prisons where they were in custody to the courts. Some are released without conviction for any crime – when police withdraw charges or they’re found not guilty after a trial. When released, these people are put on the street without their most essential possessions. They don’t have their wallets, which means they have none of their medications, no identification, health card, cash, or credit cards. They’re released in the clothing they were arrested in, or in correctional jumpsuits.

Yonge Street Monthly Meeting (YSMM) was contacted by a judge four years ago, who said he was very concerned about how the justice system treats the people it releases. He set up meetings with community groups at the courts in Newmarket, Ontario, and Friends were invited to attend. These meetings turned into a project called Helping Hands. Through this project, YSMM provides essentials such as toiletries, clothing, gift cards for meals, or $10 cash for the most vulnerable of the people being released. This help is the bare minimum that people need. On average, YSMM provides short-term basic necessities for 250 people a year.

In October of 2017, YSMM was contacted about the situation at College Park Court in Toronto. The same judge who had been in Newmarket had been transferred to this court and he suggested Fred Victor Mission (working at College Park Court) contact the Quakers. YSMM representatives met with Fred Victor Mission and learned that they deal with approximately 6,000 women a year; half are considered vulnerable. These women are released in green jumpsuits and flip flops in downtown Toronto and are easy targets while finding their way to a shelter. YSMM has begun providing clothing and toiletries for these women, but the need is overwhelming to say the least. What we can offer is small, but makes a big impact. Initiatives like this exist around Canada and offer a simple and effective way to support people to keep out of the justice system and begin their journey to healing.

The work that Helping Hands does is invaluable, but it’s a stop gap. When people are released without any money, clothing, shelter, or support, they have very few options. Relying on overcrowded shelters or under-resourced charities can lead people back to illegal behaviour to get their needs met. This is not a system that encourages rehabilitation, healing, or getting back on track. The justice system continues to punish people even when they’ve left it. It’s setting up the most vulnerable people to reoffend.

The solution is simple. The system needs to provide better supports and pathways for people when they’re released from court. The work of Helping Hands provides practical assistance, but YSMM is also working for broader change. One easy option is that when a prisoner is brought to court to be released, correctional officers could bring the prisoner’s sealed pouch of valuables as well. One group has agreed to accept the pouch from correctional officers to return it to the individual upon release. We have spoken to and written letters to political leaders, as well as the “powers that be” within the court system, asking for this to be implemented. Discussions with a local reporter resulted in an article in a Newmarket newspaper. None of this has resulted in the systemic change that’s needed. There seems to be no will from politicians or the Attorney General’s office to solve this simple problem!

These flaws in the justice system illustrate why a punitive approach doesn’t achieve true justice. The problems faced by Helping Hands highlight how imprisonment does not rehabilitate people or address broader social issues that lead to crime, but in fact perpetuates a cycle of offending and incarceration. If we want to achieve real change, we need to shift from a punitive mindset to building a system that looks to heal individuals and communities. This is why CFSC works towards penal abolition, imagining a society where rather than imprisonment, people are supported to transform their lives through restorative justice and community healing.

Margaret McCaffrey is on CFSC’s Personnel Committee. Verena Tan coordinates CFSC’s criminal justice programming. In 2017, CFSC gave a grant to YSMM to support the Helping Hands Project. If you are interested in becoming involved with criminal justice work, contact your Monthly Meeting or CFSC.