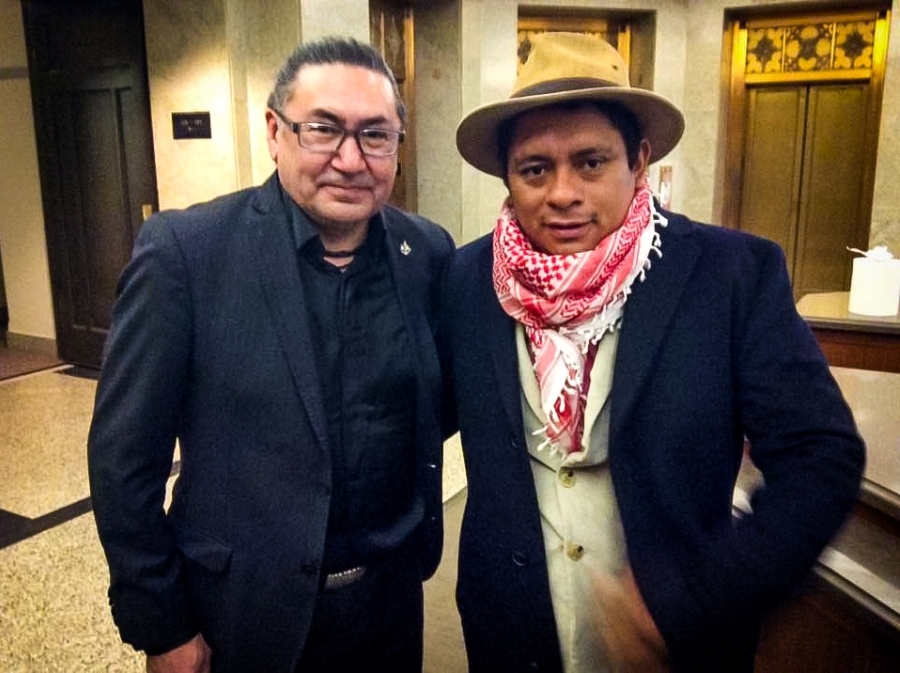 There are striking parallels between Indigenous Peoples in Canada and Colombia. This is a hemisphere where efforts have been made since contact to eliminate Indigenous Peoples through policies of physical and cultural genocide. While there are clear differences, the shared experiences are of structural discrimination and destructive policies leading to marginalization, displacement, and barriers to obtaining title and effective control over ancestral territories.

“We have serious conflicts with the State about their mining vision. They say that the subsoil is theirs; we say that the land is one with the subsoil; you cannot separate it from a spiritual point of view. This is the war we are waging… to have the air, the land, the subsoil, together.”1

This is a statement by the leader of the Cañamomo Lomaprieta Indigenous Reserve of the Embera Chamí people in western Colombia. His words reflect the clash of paradigms inherent in the decades long armed conflict and continuous threats to the survival of Colombian Indigenous Peoples. Colombia is home to more than 100 culturally distinct Indigenous Peoples. Around 70% live in rural areas, many on reservations that cover about 30% of the country’s territory.

Colombia’s 1991 constitution provides that the communal lands of Indigenous Peoples and Afro-Descendant communities are “inalienable, inextinguishable, and immune from seizure”. And yet, as in Canada, despite constitutional protection of Indigenous rights, there is minimal enforcement through recognizing land title or obtaining consent to developments affecting their lands. This contrasts starkly with the government’s expedited processes for granting concessions to the extractive and resource sectors. A July 2010 mission of the United Nations Permanent Forum on Indigenous Issues recorded that commercial concessions were granted in 80% of the Indigenous reserves without adequate consultation or consent, and without informing the affected communities.2

Indigenous communities are extremely vulnerable as a result of centuries of subjugation and dispossession. A 2009 landmark ruling of the Constitutional Court of Colombia3 found that more than one third of Colombia’s Indigenous Peoples are threatened with “physical and cultural extermination”. Of the 100 or more Indigenous groups, 66 were formally declared as being at high risk of disappearance, and 36 were at risk of extermination. These disproportionately heavy effects of the armed conflict are due to encroachment by extractive activities in the mining and energy sectors. Recent government efforts to try to restore lands to those dispossessed are failing – a storyline similar to the ‘land question’ in Canada.

In the current era, Indigenous Peoples of Canada and Colombia face increasing pressure from business interests in the energy, mining, and extractive sectors. The imposition of large scale “development” projects without consent is generating conflicts that threaten Indigenous Peoples’ very existence – both from a cosmological and cultural perspective, and through an economic model that imperils their territories, and ultimately, the planet. For the original land defenders, the latest wave of extractive activities has led to intensified conflicts, as respective governments back corporate access to land and resources. We see this in Canada too, where Indigenous Peoples are engaged in frontline struggles to demand that governments obtain their free, prior and informed consent to projects like pipelines and energy projects.

Indigenous Peoples in Canada are struggling to ensure that companies are accountable for the environmental harms and human rights abuses caused by their operations. The parallels to Colombia are evident as Canada’s justice system regularly fails, as in the case of the tailings pond spill in August 2014 at Imperial Metals’ Mount Polley gold and copper mine in British Columbia. Indigenous Peoples living near the site rely on the region for food, medicines, and livelihoods, and they are still suffering. The BC government’s failure to investigate and take action against those responsible breaches the rights of those harmed under international human rights law.4

In the past few years, the threats have been constant; the objective has been to dispossess the people of their territories.
A recent Global Witness report5 chronicles the alarming acceleration of attacks on land defenders, citing Colombia as third in the number of killings in 2015. Indigenous Peoples were particularly vulnerable and made up 40%; at least nine Indigenous leaders were killed in Colombia.

The reason for this trend is clear. Those closest to the land are struggling to protect it from predatory businesses, both domestic and foreign. In truth, the armed conflict in Colombia has endured due to persistent conflict over access to land and resources. This intensified in recent years when government efforts to secure conditions for foreign investment perpetuated the violence to make way for megaprojects. Amnesty International observes that forced displacement and misappropriation of land is the “defining feature” of the internal armed conflict.6 These human rights violations were targeted primarily at Indigenous Peoples and other groups closely connected to the land. 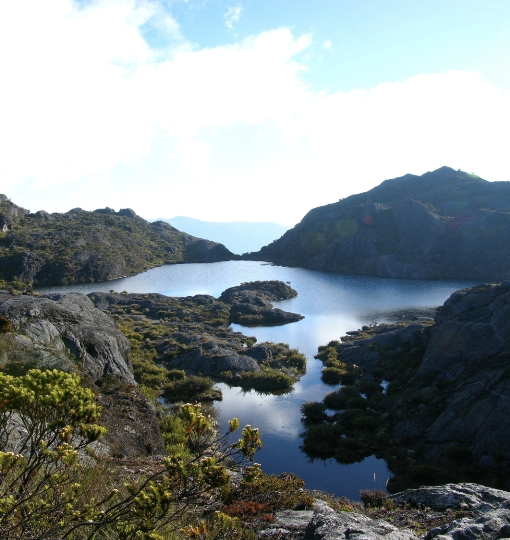 This violent context presents another linkage between Canada and Colombia. Canadian corporate mining activity in Colombia is increasing, and according to the authors of Blood of Extraction: Canadian Imperialism in Latin America,7 Canadian mining is “deeply implicated in the war economy of violence and dispossession from which it benefits”. Put plainly, Canadian companies profit from processes that harm Indigenous Peoples.

I travelled in 2016 to northeast Colombia, where Indigenous communities and others have organized to oppose the activities of Canadian mining companies. The company Eco Oro was granted a mining concession in a high altitude wetland. This fragile ecosystem is the source of water for over 1.5 million Colombians. The company’s plan was to drill through the mountain to extract gold. Its exploration activities occurred alongside the dislocation of local communities, threatening their livelihoods, food and water security. Through the courageous and unrelenting efforts of land defenders and their international allies, this project has been stopped, although the company has since filed notice of its intention to sue the Colombian government for millions of dollars under the Canada-Colombia Free Trade Agreement.

Recent victories in Colombia8 are signs of the promise we see here in Canada as well. This month saw the welcome decision of the Stk’emlúpsemc te Secwépemc Nation (SSN) to withhold their free, prior, and informed consent to the development of lands and resources at Pípsell (or Jacko) Lake (on the outskirts of Kamloops, BC) for KHGM International’s Ajax open-pit copper and gold mine.9 The SSN asserts an irreplaceable historical, cultural, and spiritual connection to Pípsell, which they believe would be irreversibly harmed by the proposed mining operation. The basis of their decision lies in their inherent rights, backed by international human rights law and Canadian law. It lies in the belief system that is shared with the Indigenous Peoples of Colombia, that their territorial rights are founded in sacred connections to lands and waters, which are fundamental and must be protected for the generations to come.